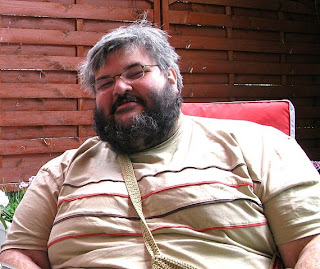 Boris Gerus, an internationally-acclaimed translator of Slavic literature into Hebrew has a crippling disease that prevents him from leaving his apartment in Warsaw.

Born into a Polish-Jewish family in Odessa (Ukraine) in 1978, he resided there until 1991 when he moved to Israel. He came to live in Poland in 2008 where he has been a lecturer in the University of Warsaw and Jagielonnian University in Krakow.

Over the years he has co-operated with leading publishing houses and periodicals in Israel (the literary journals Mit’an, Emda, Moznaim and Iton 77, the best and most widely known Israeli publishing houses: Keter and Karmel from Jerusalem and Ahuzat bait from Tel Aviv) in addition to other Israeli press (Maariv).

His works have been deemed the astounding examples of written translation over the past few decades, the recognition of which was formally bestowed upon him in October 2011, when he was awarded the Honorary Bene Merito distinction for his achievements in the field of literature and strenghtening the international position of the Poland.

He has also received a laureate from the Polish Ministry of Culture and National Heritage for his “outstanding work consisting in translations of Polish literature and for introducing contemporary Polish literature to Israeli readers”.

Boris is also an advisor on Israeli literature, Art and Jewish history and holds a doctorate from Tel Aviv University.

A ceremony was staged last week at Poland’s embassy in Israel to mark his remarkable achievements. It included relatives and friends of Boris, who was sadly unable to join them to mark the event due to his deteriorating health.

Boris and his friends are currently raising funds to assist in his expensive medical treatment. At just 35 years of age, it would be a great loss to Poland and the world for such a brilliant man to become any more gravely ill.
More...Boris Gerus blog