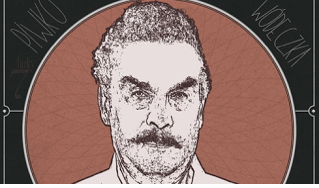 A bar in the capital of Poland’s best known high street (Nowy Świat) has caused a media firestorm by controversially naming their new business venture after the infamous Austrian paedophile Jozef Fritzl.

The manager of the club claimed on TVNwarszawa.pl that „marketing has it’s own rules.” Anna, who refused to give out her surname, also asserted that their market research shows 89% of those surveyed had nothing against the proposed bar name – Piwnica u Fritzla (Fritzl’s Cellar). However, a host of outraged comments have been put on the club’s facebook page while other social media outlets have been set alight with heated discussions on the issue.

One angry Warsaw resident said, „The owner shrugs it off by saying it’s just black humour and she doesn’t want to hurt anyone but my friends and I have agreed to protest if they don’t change it.”
„Has the patron of your club received an invitation for the opening?”

„I hope they go bankrupt very soon and I wish the owner bad dreams.”

One commentator questions why the owner doesn’t name her bar after the Polish Fritzl Krzystof B, referring to a similar incest case that occured in Poland in 2008.

Due to the media attention they had deleted the eyes and nose of their ‘patron’ from their Facebook logo, although the name remained.

The notorious and unofficial ‘patron’ of the club, Jozef Fritzl, imprisoned his daughter for over 24 years, raping her over 3,000 times and fathering her seven children, was sentenced in 2009. He is currently serving life in jail for the death of the seventh child and multiple cases of rape. His daughter Elisabeth and her six children were freed from their family home cell in in Amstetten in 2008. Fritzl only reversed his not guilty pleas when his daughter Elisabeth appeared in court.

The arrival of a wave of disapproval towards the business owner’s branding exercise had a dramatic effect by Tuesday evening. The owner withdrew from his attention, claiming it was just a media stunt. By Wednesday evening the Mayor of Warsaw City Centre borough had stated that the prosecutor would look into whether the owner, Robert Surowiecki, had violated any laws.

The insensitive branding exercise came just a week after a major marketing screw up by Heyah mobile communications company. They were forced to backtrack on their Lenin (Vladimir not John) ‘Keep Talking – 60 minutes to every network for 1 złoty’ ad campaign after unprecedented complaints from the public. The story reverberated around the world making headlines from the Washington to the Jakarta Post.