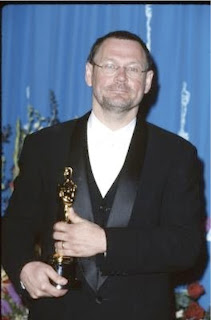 Poles are no strangers to praise when it comes to their cinematic art. Steven Spielberg's historical drama 'Lincoln', nominated for 12 Oscars including Best Film and Cinematography and starring Daniel Day-Lewis, has a familiar face for cinema lovers in Poland.

Janusz Kamiński, an Oscar-winning cinematographer, has also been honoured with a nomination from the American Society of Cinematographers for Outstanding Achievement.

It will be no surprise to film buffs therefore, to hear that the film school in Łódz gave birth to many Polish cinema giants. Academy award winning directors Andrzej Wajda and Roman Polanski, as well as Slawomir Idziak (who worked on all Kieślowski's early movies), to name but a few.

So what differs them from those schooled in places one may presume are maternity wards for movie artist talent? Some claim it is actually a rather simple formula - the directors ability to form close relationships with and respect for cinematographers. The Spielberg-Kamiński pairing is proof of that. They are not merely regarded as technical operators, but respected as artists in and of their own right, with valuable contributions to make on set.

Kamiński has an incredibly impressive list of top-grade movies under his belt, having photographed all ll of Stephen Spielberg's films since Schindler's List in 1993. He both follows in the footsteps of and provides inspiration for a long list of great Poles at the helm of the camera.

Check the lists below carefully, you may be pleasantly surprised to see some of your favourite films there!

If you can think of anymore, feel free to let us know.